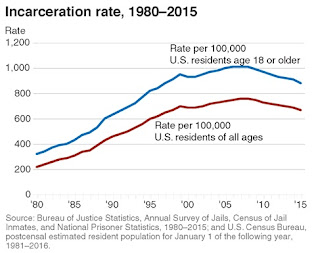 According to the Bureau of Justice Statistics the total incarceration rate in 2011 - 2012 for veterans was 855 per 100,000 veterans in the United States.  About 1 in 37 adults (or 2.7% of adults in the United States) was under some form of correctional supervision at year-end 2015. Telecom Technical School Director, Kathy Gill, goes into various prisons around the state of Arizona to work with the incarcerated population and provide them with training and a job opportunity.  Telecom Technical College is committed to the community to help better individual lives with education and an opportunity for a career in the wireless industry, and we’re proud to share a couple success stories that came from this commitment.
We recently offered a student a scholarship from a job fair we attended at the Department of Corrections.  His dedication of riding his bicycle 20 miles to school every day to receive training inspired Telecom Technical College to start contacting potential employers to assist with his job placement and two days after finishing school, he was successfully working in the wireless industry!
Another success is a man named “Jesse”, who spent 5 years in federal prison. At the time, he was in a prominent gang selling drugs.  During his incarceration, he would tell himself “I am never going back, I will find a way”.  His wife was left to raise their 4 kids alone, providing food, shelter and parental guidance as she waited for her husband to be released. Jesse had several opportunities and choices- selling drugs or become a role model for his family. He chose family.  Jesse is well respected by many and if he says he is going to do something, he will stand by his word.  His word was to take care of his family and today he owns a successful wireless cell tower construction company and takes care of 30 employees and their families.  His success story is an inspiration to all of us who believe in hard work and second chances.

We stand for workplace training by providing education that empowers individuals. Telecom Technical College’s role is to educate and train, and we understand most don’t want people to know too much